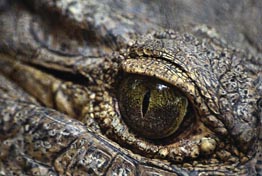 Taem we bubu blong mi I yangfala, he was a foreman on the coconut plantation here in Sola. At that time the land was further out and where there is now sea used to be a road, and my bubu could travel on it with the truck and carry copra. When my bubu was younger Sola was a plantation, not a town, and the master's house was where is now the wharf and there was a large ice-box powered by an engine and it could store two buluk. It is still there, standing next to the province's workshop, and my bubu says it was brought by the Americans in Wol Wo Tu. He told me how it was brought on the big copra ship to Sola and he and the others unloaded it from the ship, and after that the master stored meat inside it but bubu and the others could keep water in there, and drink it cold. The master was a French man.

My bubu was born in Port Vila, on the island of Efate, and his great-grandfather was a French man too, who had a plantation, and his wife was from Malekulah. My bubu remembers when the Americans came; he was seven. He told me the skies were full of planes, flying and flying overhead like sheets of rain driven by the wind when the clouds turn the skies dark.

Before my bubu was a foreman he was a teacher in Port Patteson, on the other side of the bay from Sola. It was named after Bishop Patteson, who was the first bishop of the church of Melanesia. He travelled in a ship called the Southern Cross and he died in the Solomon Islands; he was a martyr.

One time when Bishop Patteson visited Vanua Lava he brought with him two tiny crocodiles. They were from the Solomons, where people eat crocodiles. I never tasted it, but bubu says it's white meat; like chicken, or a shark or an eel. I like it when mama makes shark curry.

Bishop Patteson let the crocodiles come down from the ship with the rest of the mission, and as the women washed the Bishop's clothes in the mouth of the river the two crocodiles played in the water. But when everyone got ready to get back to the ship, the crocodiles were gone.

I think a lot of people were scared then. But the Bishop was very powerful, and he put a tambou on the crocodiles. He said, 'As long as these crocodiles are in Vanua Lava they will not attack man.'

After that people were no longer afraid, and the crocodiles lived in Silver River, where the water comes down from the volcano and stains wood yellow and where no fish live, and they laid their eggs antap, where Silver River meets Alligator River, though I don't know why it's called that because alligators and crocodiles are different, bubu says. Alligator River is full of fishes, and when I went there in the boat with my dadi I saw a stingray at the bottom, like the one that killed Steve.

One time when my bubu was a teacher in Port Patteson a French man came in a ship from the Solomons, and he wanted to hunt crocodiles. He and his men went out to Silver River and bubu could hear shots in the distance, and when the men came back they carried a big crocodile between them, and it was dead. They took it to their ship and skinned it and then gave the meat to bubu, and he and the students made a big fire on the beach and made soup from the crocodile. The French man only wanted the skin. After that he left. And when my bubu was a foreman there was another French man and he was a friend of the master and he brought him two small crocodiles, I think because the master asked him for them. He was like Bishop Patteson. Bubu says the crocodiles were very small and you could play with them, and the men put them into a big drum, like the one we use to collect rainwater in, and there they lived.

Then there was a hurricane. And rain fell and fell and fell. And when it passed the men went to look for the crocodiles and couldn't find them, because their tank overflowed. And so they were gone. And the master was very worried, and he said, 'These are not like the other crocodiles. These are man-eaters.' And as these were new crocodiles Bishop Patteson's tambou didn't hold and the crocodiles started to attack people. There is no bridge over the rivers, so when you want to go from Port Patteson to Sola or bakegen, you have to cross on foot, and when the tide is high and solwota I kam antap you sometimes have to swim, even if you carry kava. I'm not old enough to drink kava yet, but dadi blong mi I likem hem tumas, he drinks almost every night, and then he goes to sleep on the mat outside. Kava looks like a great grey beard and the men come from Port Patteson every day with kava hanging from a stick on their shoulders, and so they always have to watch out for the crocodiles. One of them attacked Irene once, she's the secretary-typist for the province. She went to get in a canoe to cross Silver River and there was a crocodile inside and she already had one leg in when she noticed, and then she screamed, and her brother came down and he shot the crocodile with an iron spear, and the crocodile left. But in the morning dadi blong hem went down to the river and saw the crocodile bakegen, it was lying in the sun. I know this is true because she was even in the Torba Times, which is this newspaper blong yumi long Torba, hemi wan newspaper wan waetman I mekem long Province. I guess it's not really a newspaper, it's just one sheet of paper folded over, but he makes enough money from it to drink kava wetem dadi blong mi. And this was in the first issue and before that mitrifala went to Silver River, me and dadi and the man blong newspaper ia, but we couldn't go in with the boat because a tree fell down on the mouth of the river, but dadi and me had our picture in the newspaper. My dadi is the captain of the Province's boat. He once drove a crocodile in his boat, and that's something even my bubu never did, and it was all because of Steve, but I was there too and I saw everything, even though I was a little small then.

You see, the people on Maewo found a crocodile there and they were very scared of it, and they said, 'This isn't our crocodile. The only crocodiles in Vanuatu come from Vanua Lava. It must have floated here on a log.' It was a big crocodile. They said, 'It must go back to Vanua Lava.'

I once asked olfala William from the co-op store why we took it back. My bubu was his teacher once, in Port Patteson, though he looks older than my bubu. I think maybe he was born old.

I remember when the crocodile came. It came in an Air Vanuatu plane that landed over the grassy runway and when the door opened Steve came out. He wore khaki shorts and a khaki shirt and he smiled at everyone and he said, 'Crikey!' and all the kids tried to say it the same way, after. He was wan man Ostrelia and he knew a lot about crocodiles, and he went and caught the crocodile on Maewo and brought it back for us, and when the crocodile came off the plane it had a sort of fishing net on, and its mouth was tied shut, and everyone could come and touch it, even mama did. But all this time dadi was waiting in the boat, and when Steve saw him he came and he shook his hand, and they spoke very seriously, and then Steve and four other men carried the crocodile on their shoulders and put it in the boat, and dadi and Steve and the crocodile went to Silver River.

Steve is dead now, and everyone in Vanua Lava is sorry. And dadi told me that all the time he was driving the boat he was thinking, 'If this crocodile just moves I am going to jump out of this boat.' But he didn't, and when he and Steve got to the mouth of the river they pulled the crocodile out and put it on the sand. Steve took off the net and the thing around its mouth but it just sat there, and Steve had to give it a prod with a stick and then, with one quick movement, it was gone. I think it was glad to be back home.

Lavie Tidhar was born in South Africa, grew up on a Kibbutz and educated in Richmond, yadda yadda yadda. He's currently living on Vanuatu, although does lots of interesting things like going to Fiji, hunting crabs and arguing with his neighbours over roosters. Look closely and you'll even find him making a guest appearance in his own story—who's he think he is, Philip Roth? Crikey!